The Green Belt Movement (GBM) through support from ABC Home and Planet Foundation has planted over 500,000 trees in Kenya’s Coastal region with focus on these four areas: Msambweni, Matuga Voi, Wundanyi and Mwatate constituencies.

GBM has had a longstanding partnership with ABC Carpet & Home through our 'A Billion Trees for a Better World' campaign. Since 2007, the campaign has supported communities to plant trees on public and community land as well as forests that serve as water towers and a home to different animal and plant species.

Kenya’s Coastal region has a warm, tropical climate. Sites such as the Boni Forest, described as the “forgotten jewel of the Kenyan Coast” because of its incredible abundance of biodiversity, are being threatened by construction, agriculture, trade and other factors. Lamu has recently been identified as a new port city with huge concern rising amongst environmentalists due to destruction of Forests, wetlands, swamps, and scared sites owing to new infrastructural development. By increasing the forest cover in the region, the community now benefits from easy access to clean drinking and irrigation water.

In addition to tree planting, GBM educates communities about forests and their rights, about HIV/AIDs, and offers skill-building workshops that teach women and youth how to generate their own income and getting job skills.

Through the years, the project has improved the livelihoods of the community members by providing income-generating activities such as beekeeping and fish farming. The project has promoted household food security by encouraging the communities to adopt small-scale irrigation farming especially for indigenous food crops such as cassava, bananas, sorghum and pigeon peas. 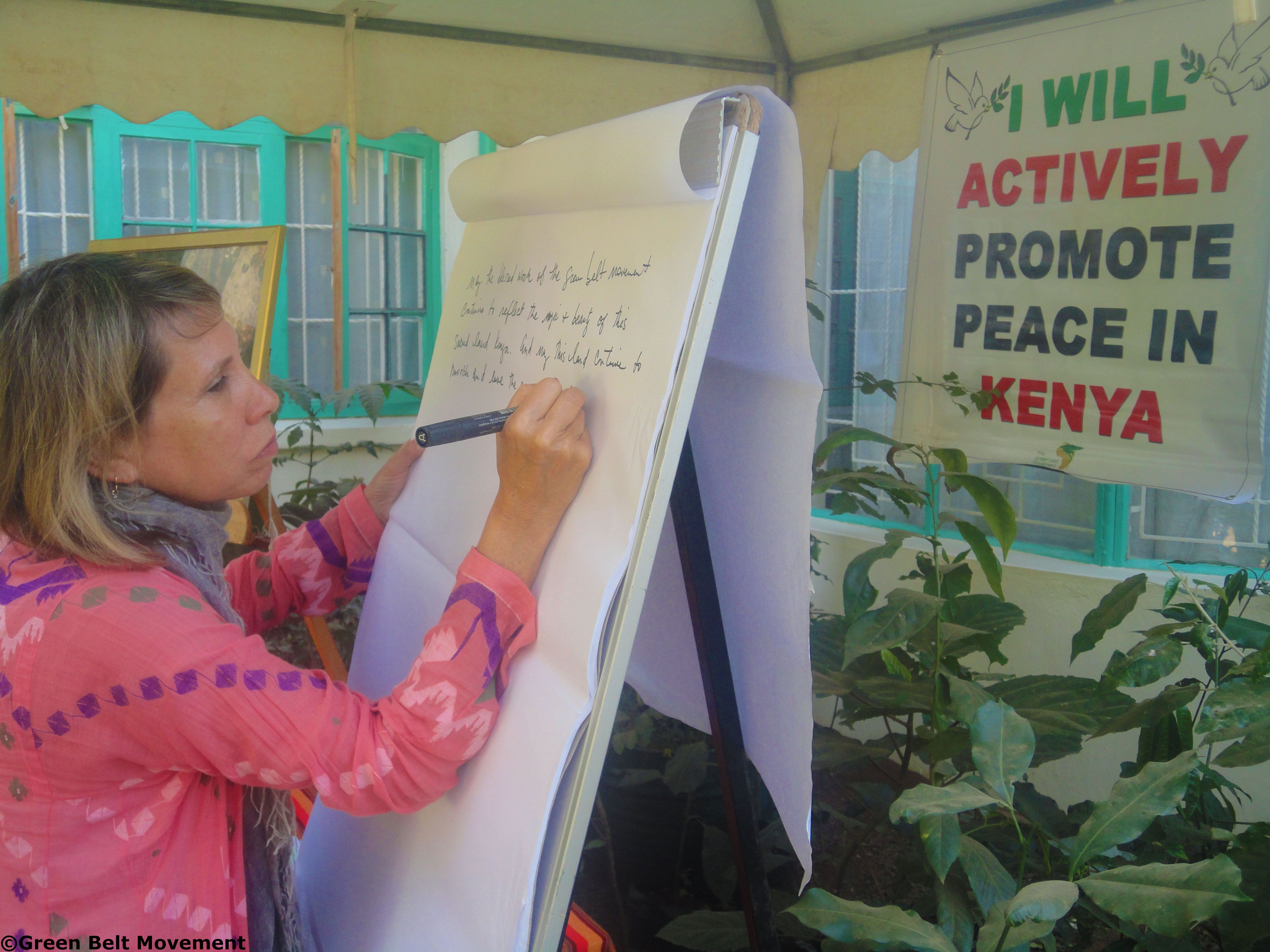 On July 17th 2013, President of ABC Home and Planet Foundation, Paulette Cole, visited GBM’s headquarters in Nairobi to discuss further partnership. Her visit to GBM was featured on our Facebook page. Ms Cole wrote a touching tribute to Kenya in memory of Professor Wangari Maathai.