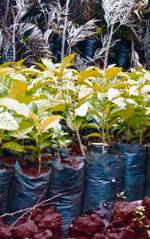 Almost ten years ago, in the UN Headquarters in New York, 192 countries and 23 international organizations adopted the Millennium Development Goals Declaration. This was a landmark in the history of the international cooperation and reflected a global aspiration to provide an effective solution to the most important problems affecting developing countries. The MDGs involve aspects such as the eradication of extreme poverty, the improvement of universal primary education and the mitigation of some epidemic diseases. These goals should be achieved by 2015. This year draws ever nearer. The question rises quite spontaneously: With less than 5 years to 2015, are we on the track to meet the target? Is the world on its way to achieve the seventh MDG, the goal regarding environmental sustainability?

On 12th of February 2010, after an evaluation of the UN General Assembly, the current situation did not appear positive. It was reported that greenhouse gas emissions have constantly risen, increasing by 30% from 1990 to 2005. What is more, the loss of forests has not stopped and continues at an alarming rate. Because of deforestation, an area as vast as Bangladesh is lost every year. Furthermore, the target to reduce the rate of biodiversity loss by 2010 will probably be missed.

However, some progress has been made. For example access to clean water in many countries has been ameliorated. For this reason the general situation has been described as a “mixed picture of shortfalls and successes”.

The next appointment is on 20-22 September 2010 for the UN Summit on the Millennium Development Goals. As the planet is facing an enormous challenge, we hope that this high-level conference will convince the leaders of the world that more efforts are needed to avoid the non-accomplishment of the goals.