The story of Elizabeth Finley Broaddus

Elizabeth Finley Broaddus, a vibrant young girl from the state of Virginia in the USA was only 18 years old when she succumbed to a rare form of liver cancer on June 2, 2014.

While battling this rare disease, she set up the Finley’s Green Leap Forward  Fund to “support local and global efforts that have a positive impact on the environment, moving us forward towards a healthy, sustainable planet.”

For Finley’s 18th birthday, friends and family members set out to raise at least $18,000 for the fund. Donations surpassed $74,000 by Ms. Broaddus’ birthday and passed $100,000 by Earth day in 2014. In honor of Earth Day, Miss Broaddus selected her first two grantees - The Green Belt Movement and the Cacapon Institute in West Virginia, which both focus on forest restoration and tree-planting efforts.

Even though Finley’s fight ended after battling the incurable disease that was diagnosed in December 2013, people around the world continue contributing to “Finley’s Forest” and find inspiration through her to make changes to the way they use and reuse resources in their homes and offices, as well as planting trees.

Honoring Ms. Broaddus, the Green Belt Movement team in Nairobi planted a tree in her memory at what is the Wangari Maathai Peace Park, an initiation of the Organization in memory of 148 young students from the Garissa University in Kenya who died at the hands of terrorists in 2015.

The Peace Park is on the grounds of the Wangari Maathai Institute for Peace and Environmental studies (WMI), an institute established in honor of the late Professor Wangari Maathai to promote good environmental practices and cultivate cultures of peace by shaping values, ethics and attitudes of  graduates through experiential learning, mentoring and transformational leadership.

Just like Finley, these 148 young dreams were cut short by death, and as Martin Luther King Jr. said, “We must accept finite disappointment, but never lose infinite hope.”

With each tree planted in honor of this young departed souls and as long as we live, they too shall live, for they are a part of us, as we remember them. We cannot banish dangers, but we can banish fears. We must not demean life by standing in awe of death. 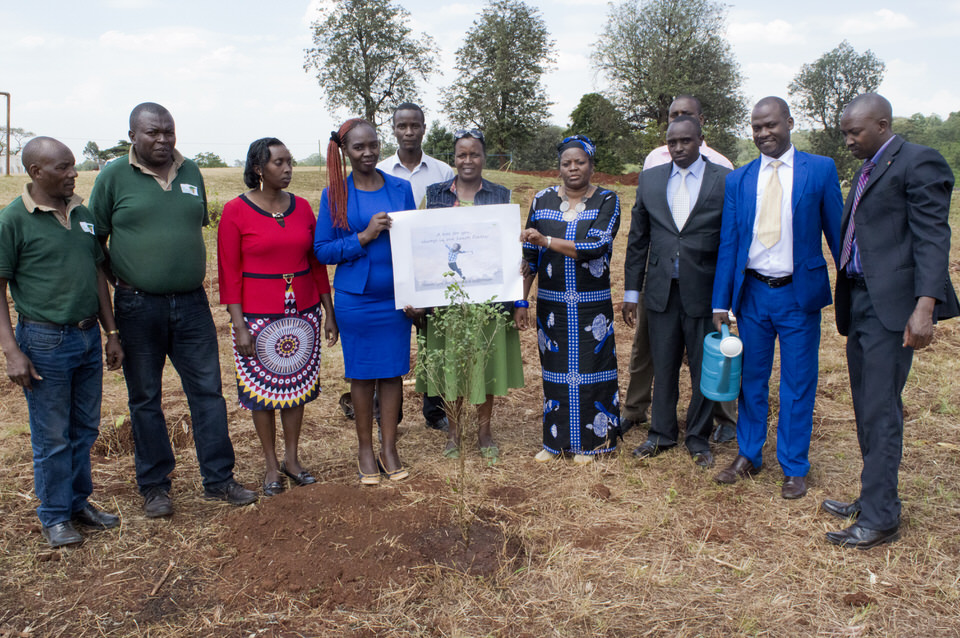