Is the Climate slipping out of our control?

Over the past few years sporadic and unpredictable rainfall, increased incidences of flooding and droughts have become a common phenomena in Kenya and have led to reduced agricultural production and food security for rural people and the urban poor. Green Belt Movement has been following the impact of climate change on Kenyan citizens with concern.

We recently had a conversation with a farmer in Nakuru County in Kenya’s Rift valley region about the unreliable rainfall. By mid April, it is expected that rains would have fallen and crops sprouted. This year however it is not the case once again as the region is still waiting for the  rains to start. Farmers in the region have learnt over the past years that seasons have changed and the rains are no longer falling during the expected months. Hence to avoid losing the seed, they wait until the rain is sufficient before they plant rather than preparing to plant at a given time. The farmer also told us that they were told that  a certain strange stone (meteorite) that fell (towards the East) early in the year caused the rains to fail and that until it returns after 2 years, the rains will continue to be insufficient. As the climate continues to slip out of our control so people search for explanations to understand and have some measure of control over it.

This may sound farfetched to those of us who are following the climate change negotiations and have had access to news about weather patterns changing as is reported in the latest IPCC report (hyperlink) but it is these kind of explanations that our communities are using to explain the changing weather patterns and how their hope lies in a far-off stone falling back to its original position.

We know that climate change and climate variability pose a major threat to the environment, to economic growth and to sustainable development. Africa,  the continent least responsible for climate change, yet it is the most vulnerable to the negative effects of climate change. We have seen in Kenya how the detrimental impact of climate change is further compounded by local environmental degradation caused by deforestation, illegal encroachments, and livestock grazing. Forest cover, for instance, has fallen from 12 per cent in the 1960s to less than two percent today.

Much of international thinking and advocacy remains around creating sufficient political will and economic incentives. The inclusion of forests within financial frameworks to address climate change is important, but does not tell the whole story. This and other top-down approaches while appearing to present an excellent solution on paper- often results in exclusion of effective community-based initiatives. There remains a deep lack of awareness of the role and rights of local communities in addressing climate change at all levels. The Green Belt Movement’s approach has communities as central to the long-term success of any environment projects on climate change.

The Green Belt Movement is standing up  to protect our forests and to teach our communities to build resilience through adaptation and mitigation approaches. Communities must be empowered so that they are able to play an active role coming up with adaptation and mitigation strategies suitable for their regions. One of the mitigation measures that GBM has been supporting the communities to implement is forest restoration through supported regeneration and tree planting. 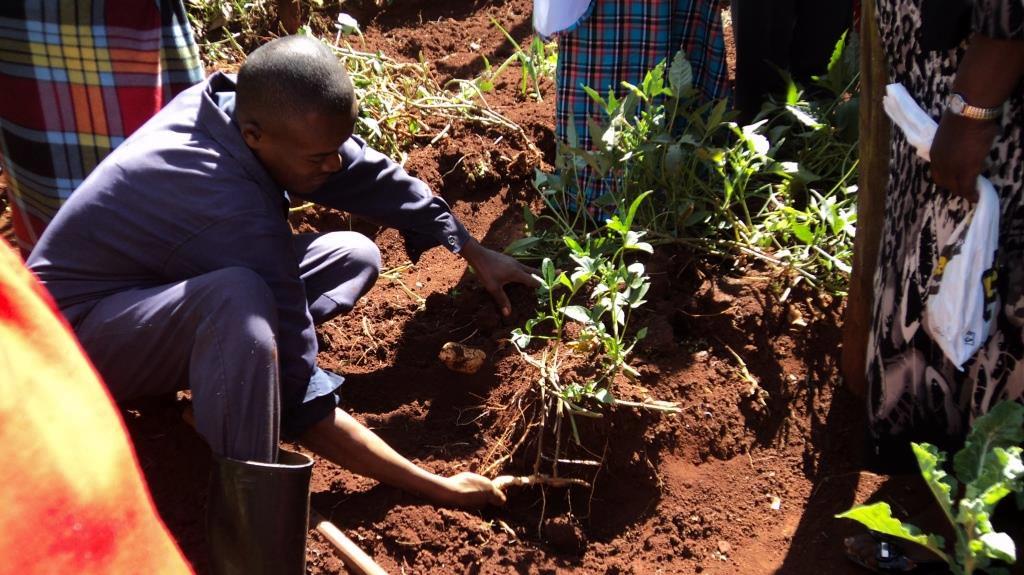 Over the coming months GBM will be shining a spotlight on other misconceptions about climate change and its impacts on the everyday lives of Kenyans, and our efforts to address these at the rural and policy levels.