The use of an integrated approach combining trees and shrubs with crops and/or livestock should be considered as an adaptive response to climate change. Agroforestry is an attractive adaptation strategy for a number of reasons. First, woody perennials are able to explore a larger soil volume for water and nutrients, provide better soil cover and reduce surface runoff, all of which will reduce   the   impacts of droughts and extreme rainfall. Second, woody perennials   can   help   to build soil carbon which in turn can increase water and nutrient use efficiency. Third, tree based agricultural systems often provide additional benefits such as fruits, fodder, fuelwood and timber and thereby diversifies the production system to buffer against weather related production losses and hence raise smallholder resilience against climate impacts (Nair et al.  009).

The project has sensitized the community on the criterion to join the Kirisia community forest association as user groups and their rights and benefits within the forest Act of 2005. The membership has grown to more than 640 of which majority are active supporters of the tree planting activities. 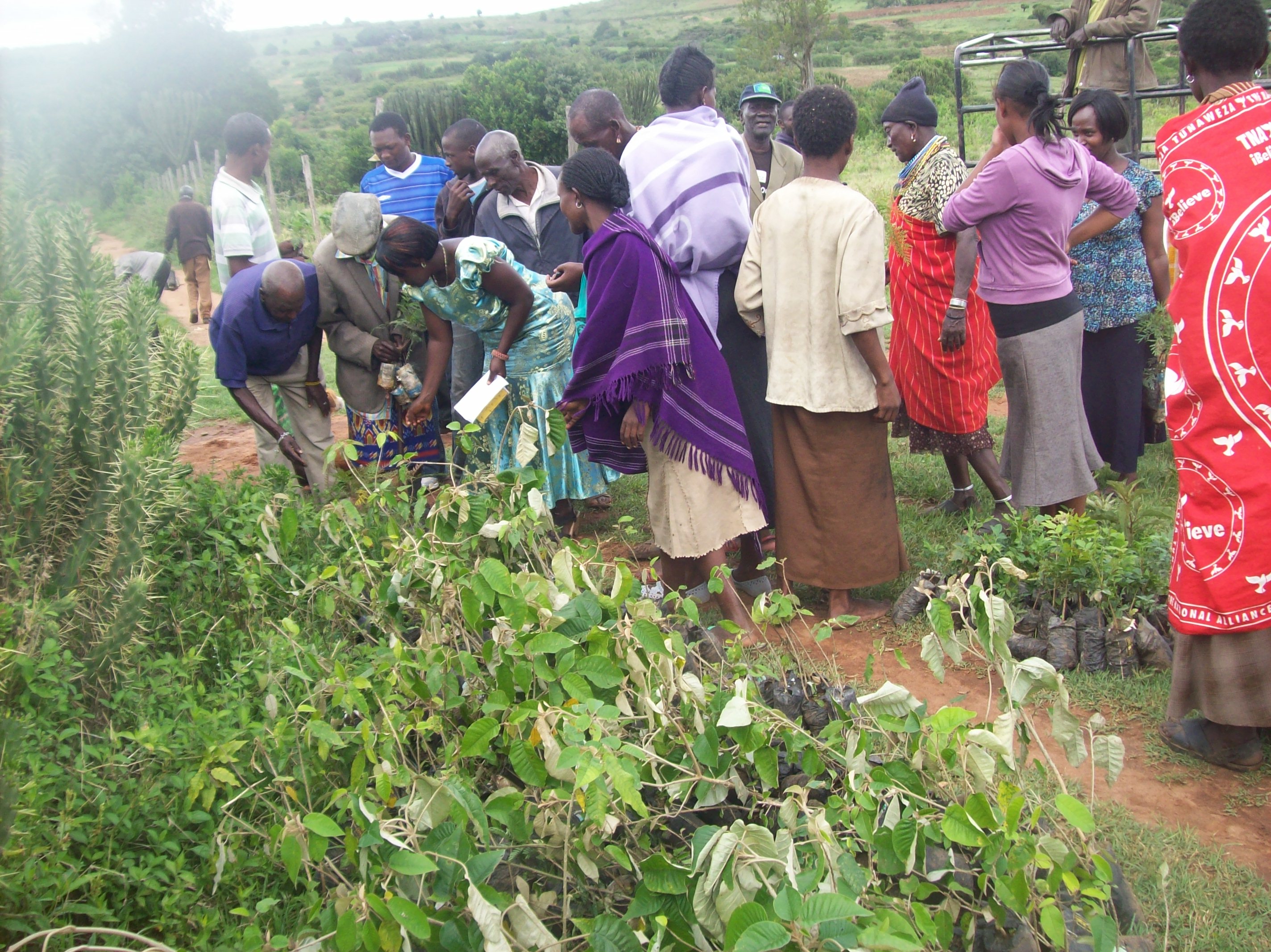 The Green Belt Movement has successfully mobilized and registered (35) Tree Nursery Groups (TNGs) encompassing (359) green members of which 259 are women and 100 are men within (292) households our intensive community mobilization and involvement programs.

The cornerstone agro-forestry species being promoted have diversified values to the farmers and have a huge potential of reducing pressure to the forests. They are sources of medicine, fodder, bio-fuel and food for the households. They include; Moringa oleifera (Indian drum stick tree), syzigium cuminii and grivellea robustus.

Our target is to plant indigenous trees for both ecosystem services within the priority watersheds and for individual farmers agroforestry needs at household levels. If mores fruit and on-farm multipurpose trees are cultivated, then pressure to invade the forest shall greatly be reduced. Green group members both youths and women continue to participate in site preparation activities for pitting and staking activities. The involvement of women is a harbinger of conservation evolution within the county as they respected as the custodian of culture.