A Royal Occasion: His Royal Highness The Prince of Wales and former President of Ireland Mary Robinson share their personal reflections of love, admiration and inspiration in a memorial fitting for the visionary Professor Wangari Maathai

The day’s events were held in the beautiful settings of the Royal Botanic Gardens at Kew in London who were our co-host.

Richard Deverell, Kew’s Director introduced the morning’s proceedings which were co-hosted by Maggie Baxter, Chair of GBMI Europe. Wanjira Mathai, Wangari Maathai’s daughter and Vice Chair of the Green Belt Movement in Kenya gave a touching personal insight to the life and work of her mother and the vital links between tree planting and building peace.

HRH The Prince of Wales gave a moving and heartfelt tribute to Profess Maathai as a visionary, fellow environmental conservationist and friend. Having worked with Professor Maathai on several occasions including UN World Summits, HRH Prince of Wales recalled fondly of their times together and their close friendship being on “hugging terms”. He also spoke of the importance of the work that Professor Maathai had done during her life and its continuation by the Green Belt Movement. Prince Charles recalled how Professor Maathai had inspired him. "She was someone I admired and loved. We ended up on hugging terms. My heart went out to her. She had an infectious spirit, a sense of optimism and a deep sense of hope. She understood the link between poverty and the natural environment.

"We are faced with so many massive challenges [that] at times it is utterly overwhelming. We have the responsibility to protect the rights of all generations of all species who cannot speak for themselves.”

Professor Maathai’s sister Nobel Laureate, Dr. Shirin Ebadi responded to HRH and spoke movingly of her friend and echoed Prince Charles’ heartfelt remembrance. Dr Ebadi shared how she, Jody Williams and Wangari had met in Nairobi shortly after the announcement of the Nobel Peace Prize and how they then decided to start the Nobel Women’s Initiative. 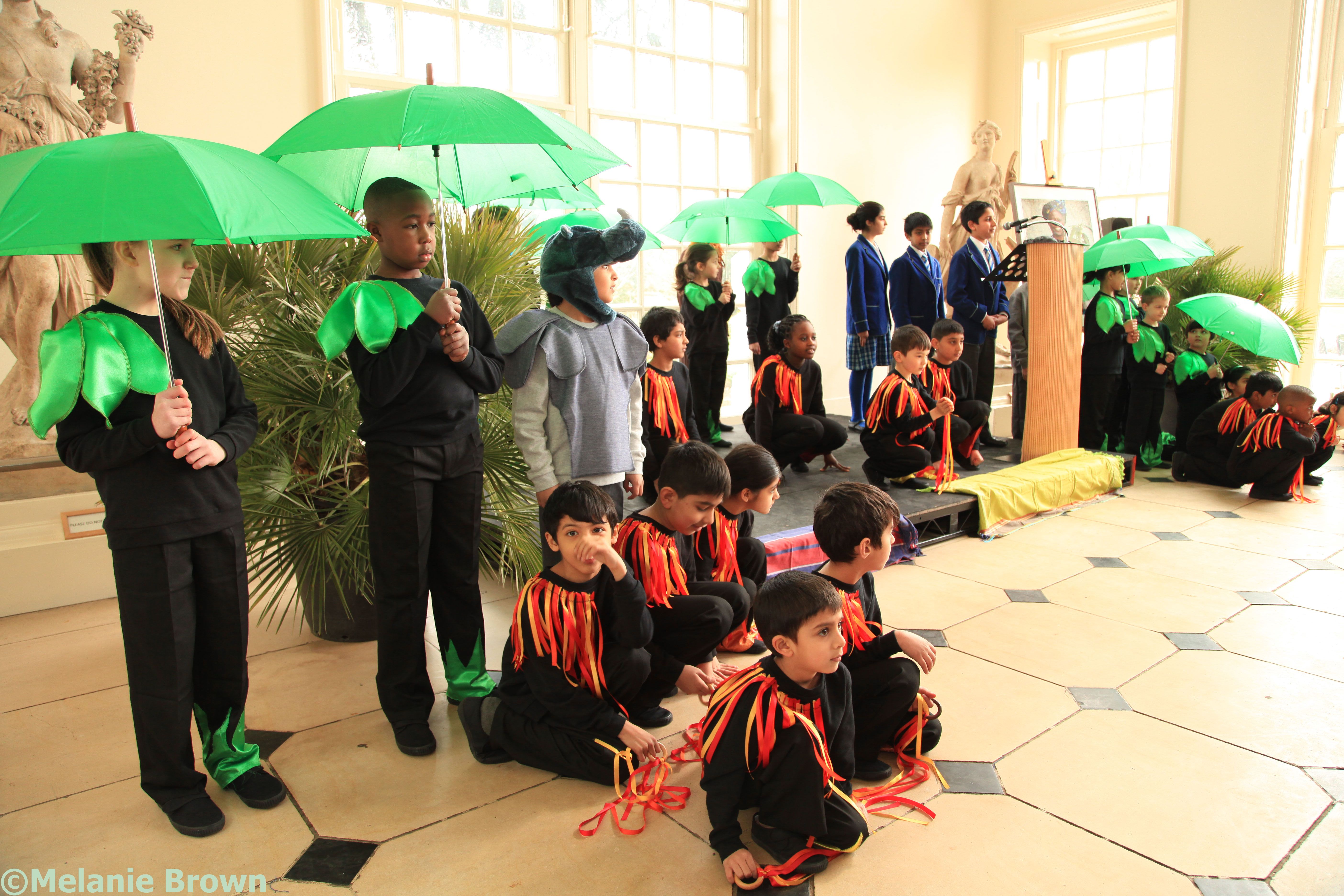 Following his tribute, HRH The Prince of Wales planted an Oak tree in the grounds of Kewas alongside the Revival House Choir who sang some of Professor Maathai’s favourite songs in Kikuyu and Swahili.

The event continued into the evening with the launch of the inaugural Wangari Maathai lecture given by Mary Robinson, former President of Ireland, former United Nations High Commissioner for Human Rights and founder of the Mary Robinson Foundation-Climate Justice. 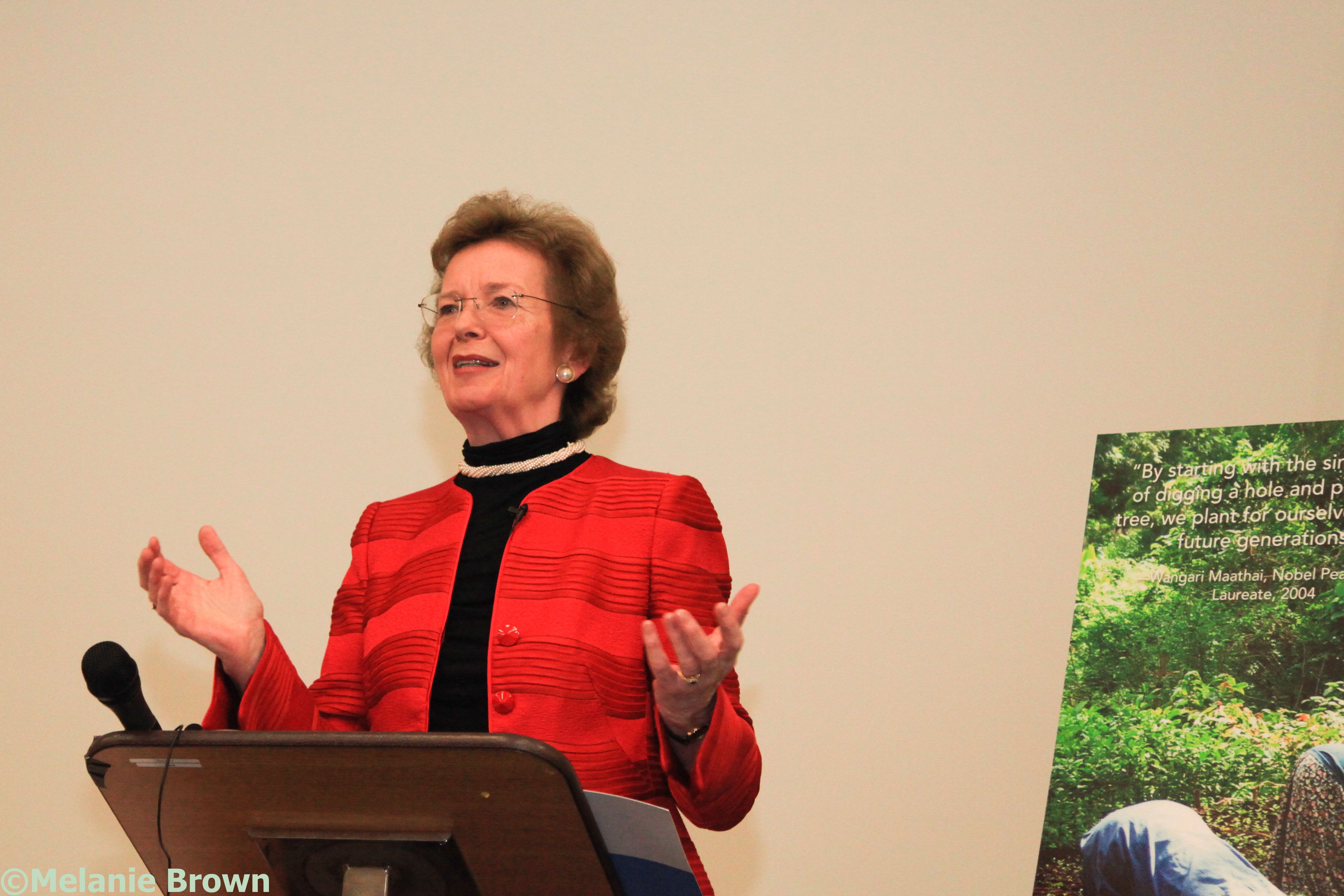 With an introduction by Theo Sowa, CEO of the African Women’s Development Fund; the evening struck a perfect balance between personal reflections and memories of our beloved “Prof”, and the vital importance of her work in shaping future battles for the role of women in climate justice and resource conservation. Mary Robinson spoke passionately about her personal times with Professor Maathai, from sharing panels on global summits on gender and climate change, to “Prof” leading an entire lecture theatre in song. When addressing Professor Maathai winning the Nobel Peace Prize in 2004 she shared these captivating words:

"The award wasn't only a call for the environment to be at the centre of work for peace; it was also an acknowledgement for the African people in general, for the struggles they face every day… It was a demonstration of how important the environment and natural resources are in making sure we survive; and it was a message of hope. It was also saying to African women, in particular, that women can make an impact, although their ideas and actions are often dismissed. In addition, it was a recognition of the many citizens around the world who had been working on a set of similar issues – the environment, human rights, democracy, women's rights, and peace-building – and had not perhaps seen the connections between them. I was honoured to be the recipient."