This blog was written by an intern in GBMI’s Europe office, Anthoni Michael

The Green Belt Movement (GBM) is celebrating a milestone legal case for environmental protection in Kenya.

Since 2007 GBM has been working on an environmental advocacy case in the Spring valley area of Nairobi. It has been a fraught time. GBM has been battling plans by a private company, Sound Equipment Ltd., to build ten houses on two-hectare piece of land right by the river in Spring Valley.

The land in question is part of a riparian reserve where the Mathare River, a tributary of the Nairobi River. Had the project gone ahead, it would have resulted in dramatic environmental degradation through soil erosion and decrease in water quality. 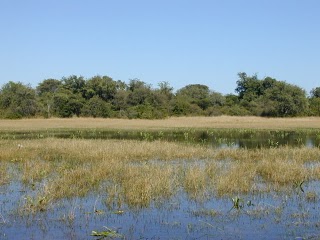 When GBM learnt about Sound Equipment’s plans we started several advocacy campaigns against the project, together with residents from Spring Valley. GBM took two Ministers to the plot, Hon. Ngilu and Hon. Orengo and both agreed that the land was environmentally important and should be protected.

Before constructing any houses, Sound Equipment was required to ensure measures were put in place to prevent pollution and ecological deterioration. However, during the course of the project it became clear that the company was polluting the river and GBM continued to try to stop the project. The National Environment Management Authority (NEMA) ordered the company to stop the construction.

The plot is now finally protected, thanks to the efforts of GBM, Spring Valley residents and other stakeholders!

This is a historic case as Courts tend to favour the developer and property rights are usually favoured over environmental rights. This recent decision by the Kenyan High Courts hopefully signifies what could be a reversal of this trend.

This case could also have significant implications on the future of environmental law in Kenya and will certainly strengthen and invigorate GBM’s ongoing advocacy work. It also proves the power of local voices in preserving the environmental well-being of their communities.