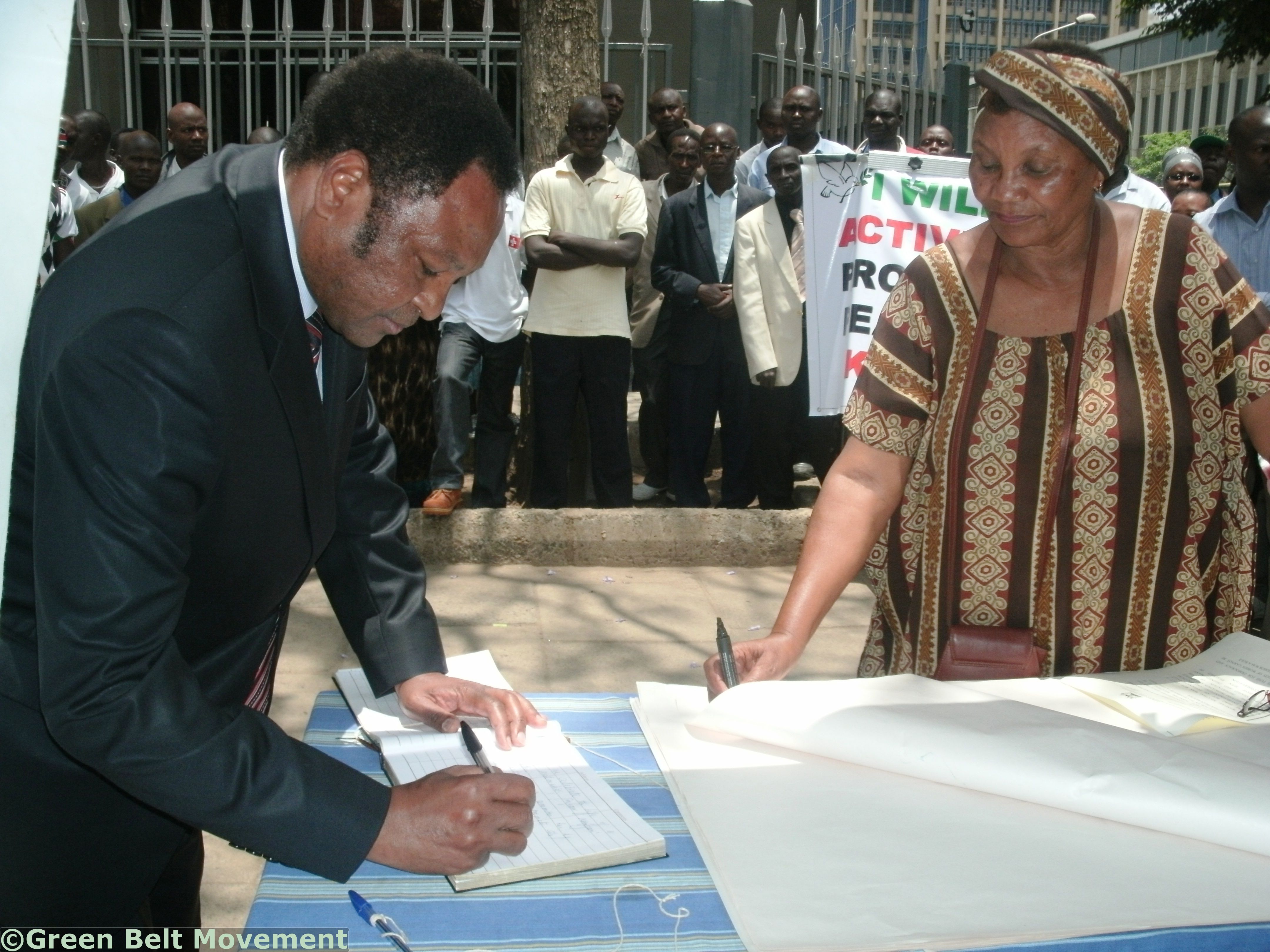 On Tuesday18th September, the Green Belt Movement (GBM) launched a seven-day Peace Tent Initiative. Two peace tents were set up at Kencom bus stop and Freedom Corner in Uhuru Park. The initiative is aimed at promoting peace in Kenya as GBM prepares to mark the first anniversary since the passing of their founder and chair, Professor Wangari Maathai. Kenyans of all walks of life were invited to the tents to pledge their commitment for peace in Kenya.

The first day of the Peace Tent was a great success! The citizens of Nairobi were eager to make a commitment to promote peace in the country and an expectant crowd gathered to sign the pledge books. At around noon, Mr. Njoroge Ndirangu, the Provincial Commissioner (PC) for Nairobi, officially launched the 7-day initiative and made his pledge for peace. He addressed members of the public, urging them to come together and work to maintain peace throughout the country in the run-up to the general elections. He encouraged the crowd to make a pledge as a way of honouring Professor Maathai’s tireless work to promote peace in Kenya and throughout the world. He also stated that the Kenyan government is actively working towards creating an environment where peace, reconciliation and development can be achieved.

District peace committees have been established in all 47 counties of Kenya. These committees bring together civil society, faith and community-based organisations, and community leaders to promote peace. Commenting on the recent conflict in the Tana Delta, PC Ndirangu said that peace needs to come from the people. “When dealing with conflicts over resources, the community must be engaged in the conflict resolution process,” he stated. He also urged that peace studies be included in the school curriculum and for children to be taught nationalism, patriotism and the importance of peaceful co-existence from kindergarten. 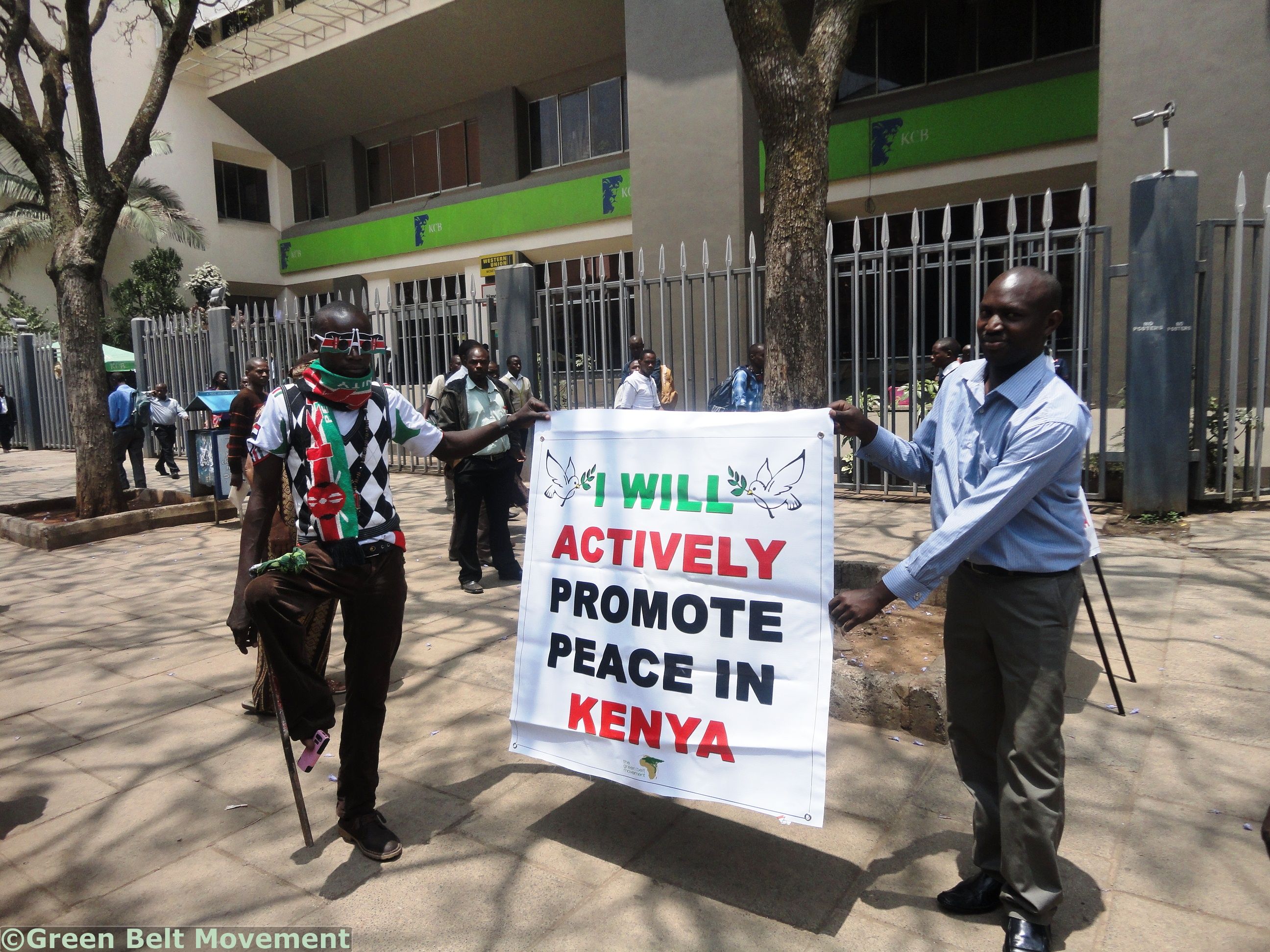 A total of 3,019 signatures were collected on the first day of this Peace Tent Initiative. The tents will be in place until September 24th and we invite all members of the public to visit and make their pledge to actively promote peace in Kenya. As Wangari Maathai herself said, “It’s the little things that citizens do. That’s what will make the difference”. Why not make your little thing a pledge for peace?